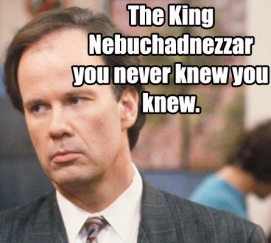 What You’ve Missed…
* Jeremiah narrowly avoids death by stoning, which counts as a good day for anyone.
* Jeremiah continues to speak prophecies to Israel, though they don’t seem to like it much. And really, neither does Jeremiah.  (He actually tried to quit.)
* Also, it turns out Jeremiah was not, in fact, a bullfrog.  Nor is there any record of him helping anyone to drink their wine.
* Israel turns into Bayside High when Mr. Belding, I mean King Nebuchadnezzar, takes over and becomes buddies with a local kid named Zack Morris, I mean Daniel, who becomes the coolest kid in school, I mean Israel.  The crazy stories that ensue are perfect for countless after-school re-runs, I mean the Bible.

Before we get to the meat of today’s reading, I’d like to comment briefly on something the Bible mentions that I have beef with; Being a vegetarian.  Apparently Daniel and his tree-hugging buddies only ate organic veggies, and were healthier than all the other young dudes in the kingdom.  Thanks Bible for that “slight nudge” and free guilt trip to lay off the Double Quarter Pounders and Grilled Stuffed Burritos.  No wonder my mom loves you. 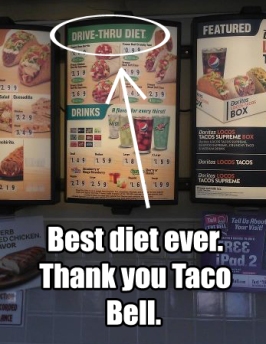 Moving on.  So King Nebuchadnezzar (gesundheit!) gets bored and decides to make a huge gold statue for himself.  Well, that’s what it says anyway, though I doubt he lifted a single finger to actually help.  (What good totally-egocentric-iron handed dictator actually does any work?  None of the great ones, that’s for sure.)  But apparently sitting around looking at a gold statue isn’t all it’s cracked up to be, so ol’ Nebs adds a new element to the equation.  He creates a law that says everyone has to worship the statue, and if they refuse, well, they become human bar-b-que.  (Alright Bible I get it.  Stick with the veggies.  Gotcha.  By the way…we are counting cheese as a vegetable right?)

So, as you Sunday school attendees know, three Hebrew guys refused to play along and were sentenced to be burned alive.  The names of those three guys?  The famous Shadrach, Meshach and Abednego (whose real names are actually Hananiah, Mishael and Azariah, but those are harder to say, and most of us have already memorized the other ones, which are catchier anyway, so let’s just go ahead and stick with those.)  Apparently, our boy King Nebulicious took it personally that these three dudes wouldn’t join in the idol worship.

“Nebuchadnezzar was so furious with Shadrach, Meshach and Abednego that his face became distorted with rage.  He commanded the furnace be heated seven times hotter than usual … So [the soldiers] tied them up and threw them in to the furnace fully dressed…and because the king, in his anger, had demanded such a hot fire in the furnace, the flames killed the soldiers as they threw the men in.”  (Daniel 3:19-23) 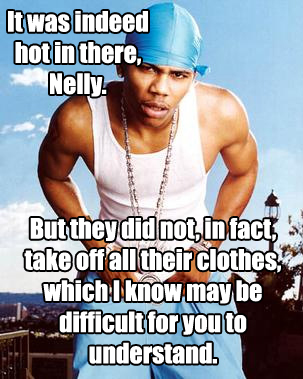 That’s hot.  Really hot.  Like, Toyota hot, hot, hot.  I’m no stranger to a good marshmellow roast.  In fact, I sort of think of myself as somewhat of a professional mallow roaster (I have the burnt knuckle hairs to prove it…except, they’ve grown back healthy…so uh, you’re just going to have to take my word for it) but even I recognize that even the hottest camp fire I’ve ever been around is Busch League Boy Scout stuff compared to this thing.  The dudes died just by getting close to it?  Really…is that even possible?  Did they catch on fire?  Did they just melt?  Did their ashes fall into a neat little pile like in a cartoon, or did they simply go Kansas and become dust in the wind?  I don’t know.  But I do know that I can’t even imagine heat like that.  I mean, come on…I’ll be honest.  If it were me, I can see myself being scared out of my tighty-whities and backing out of the whole thing (after totally peeing my pants of course.)

How committed to their God were these three guys?  Not only did they not back out, they went into the flames confidently. 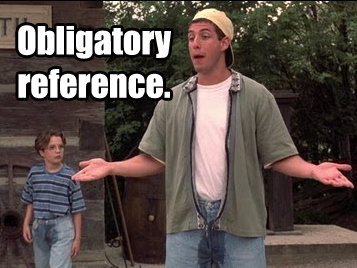 “If we are thrown into the blazing furnace, the God whom we serve is able to save us.  He will rescue us from your power…but even if he doesn’t…we will never serve your gods or worship the gold statue you have set up.”  (Daniel 3:16-18)

Pardon my language, but those guys had balls.  Let me rephrase that.  Those guys had some serious faith balls.  They went willingly towards a ridiculously horrible death, simply believing God would save them.  They didn’t try to talk their way out, or work their way out, or even use the creative ingenuity God gave them (see Daniel 1:17) to figure out how to save themselves.  They literally just trusted God to do all the work.  Again, balls.

Turns out, God didn’t need them to say a special prayer, or atone for their sins the moment before death or anything, because He indeed did do all the work.

“‘Look!’ Nebuchadnezzar shouted.  ‘I see four men, unbound, walking around in the fire unharmed!  And the fourth looks like a god!’ … Shadrach, Meshach and Abednego stepped out of the fire…not a hair on their heads was singed, and their clothing was not scorched.  They didn’t even smell of smoke!”  (Daniel 3:25-27)

So…what just happened?  I’ll tell you.  These guys just took bonfire partying to the next level by not just partying hard around a bonfire, but partying inside of it.  I mean, they even had a friend come over and hang out for awhile.  That blows all of your field party stories out of the water.  “Oh, you guys almost burned down Old Man Higgins’ field at your kegger last weekend?  I’d be impressed, except for the fact I almost burned down at the bonfire we had last month.  Yeah, I gave my buddies a high five.  IN the fire.” 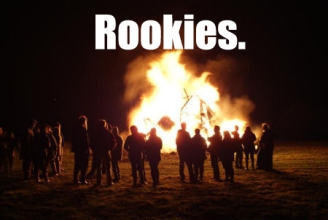 I would now like to officially declare Shadrach, Meshach and Abednego Biblical Ballers.  (No pun intended.)  You, gentlemen, just showed us what it looks like to be a dedicated follower of God.  If I wore hats, they’d be off to you.

After reading this, walking on coals seems like kiddie stuff.  Not that I’m willing to try it or anything.