What You’ve Missed…
* God seems to be an emotional wreck all throughout the book of Isaiah.  He seems more upset and angry with everything happening in life than most middle school students on their worst day of seventh grade.  (Yeah, it’s that intense.)
* King Hezekiah and King Manasseh are the only two out of like, a bunch of kings, to actually worship God.  Israel and Judah are mostly being governed by a string of total jerks, jugheads, and jack-wagons at this point.
* Jeremiah busts onto the prophetic scene and has a lot to say to Israel, most of which could be summed up by the song titles from New Kids on the Block’s 1988 album Hangin’ Tough, with sweet jams such as “Please Don’t Go Girl” and “I Remember When”. (No, seriously.  It’s pretty remarkable.  But mostly it’s embarrassing that I’m even aware of this.)

At this point in our story, life in Israel and Judah is pretty much like Jersey Shore.  Everyone just does what they want, when they want, leaving responsibility, consequences, and the bill for someone else who doesn’t have their incredibly well-styled head up their (probably) well styled butt. 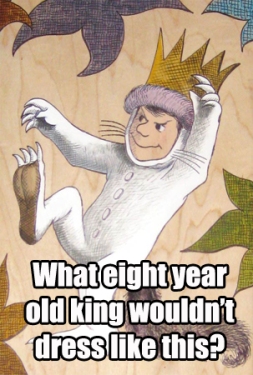 But then we’re introduced to King Josiah, who is a fo’ real game changer.  And a fo’ real eight year old.  This kid goes against the grain and decides to follow God.  Eighteen years later (he’s twenty-six at this point for all you math nerds, I mean math people, out there) he makes an important discovery.  During a little spring cleaning, the local head priest discovers the Book of the Law (God’s laws given to Moses) and has it read to king Josiah, which brings about an epiphany.

“When the king heard what was written in the Book of the law, he tore his clothes in despair….The LORD’s great anger is burning against us because our ancestors have not obeyed the words written in this scroll.  We have not been doing everything it says we must do.”  (2 Kings 22:11-13)

Annnnnnnnd now it makes sense why most the kings before him did whatever they wanted.   Apparently though they were God’s chosen people, they had no idea He’d given them some life guidelines.  It seems as though God’s law was more of an ancient way of life that most people didn’t put a lot of stock in.  Sort of like Han Solo thinking the Force was just a lot of mumbo jumbo, before shooting up the best bar in sci-fi history. 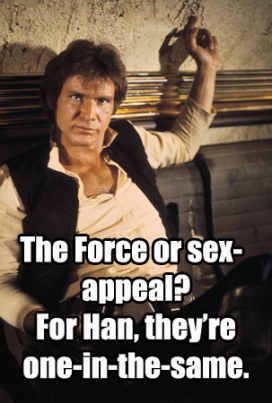 But unlike everyone’s favorite spice-smuggling space pirate, Josiah puts a lot of stock in the recently rediscovered Law and decides for himself to believe in and follow it.  I can relate to that.  A lot.

I think (and this is a gross generalization that I shouldn’t make, but will) many modern day Christians are in a similar boat to that of Israel and Judah (though they were in the desert, and probably didn’t have boats at all) in that many Christians sort of do the whole Christian “thing” without really investigating it for themselves.  That is, I think many American Christians simply live the way they are told to by their parents, pastors or youth group leaders.

Over time, that way of life has become mixed up in our culture in a way that I think has people missing the point of why anyone is even Christian at all.  Just like in Israel, where people believed they were God’s chosen ones not because they chose to be, but because someone simply declared to them they were, people today say they’re a Christian because they have some Christian traditions in their family, and have basically just been told they are a Christian by the generation before them.

That’s how it was for me for a long time.  I thought of myself as a Christian, mostly because of my upbringing in Sunday school and Wednesday night youth group.  But as an adult, I went my own way, doing whatever I wanted, whenever I wanted.  (Crap, that means I was pretty much a total Jersey Shore d-bag…just with video games vying for my attention rather than tons of hot girls.)

And that’s the whole reason this blog even exists.  Because last November, something in me wanted to start reading the Bible for myself.  To think about it for myself.  To take ownership of my relationship with God, and not to have it defined by what people told me it was supposed to be.  Much like Josiah, I have been amazed at what I’ve found.

So this story was a surprise to me, because it’s about a guy who thought he was following God from an early age, but it wasn’t until he was in his mid twenties that he even discovered what that even meant.  Discovering what God had actually said to His people changed everything for Josiah. (And it’s changing a lot for me too.)

It’s like Total Recall.  [Yes I’m only bringing it up because I just had my mind blown by the trailer for the new remake (and had my mind blown at the ridiculous hotness level of Jessica Biel.)]  In the movie, ol’ Arnie has a revelation when he discovers the true reality of what his life is really all about.  The only difference I can see between the movie and my and Josiah’s story is that neither Josiah or myself had a friend with an alien that looks like a heroin-wrecked Cabbage Patch Kid growing out of his stomach.  Nor were we super-spies who worked deep-cover espionage on Mars.

Other than that…it’s basically the same thing, really. 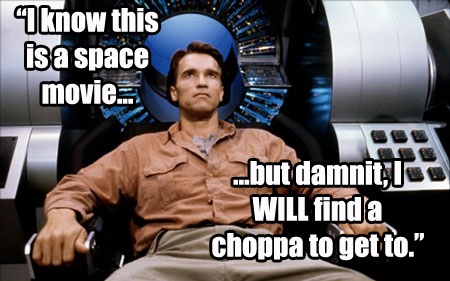 (In re-reading this post, I think it comes across a little confusing. Basically all I’m saying is that as a guy who decided to read God’s Word for himself, I liked the story about a Jewish king who did the same. I’m also trying to make the point that it’s important for Christians to actually do this as well. But Francis Chan says it way better. Way better? Much better? Either way, check out this great talk he gave recently.)

Like most living legends towards the end of their careers, Elijah takes things easy. He enjoys good conversation with friends. He spends his time taking long, relaxed walks. He parts rivers with the touch of his cloak. You know, the normal stuff retired guys do.

On his final long walk, Elijah asks his servant Elisha what he wants from his master before he is “taken away” for good. (How does he know he’s going to be taken away? He wouldn’t be one of the most powerful prophets ever if he didn’t know now would he?)

So Elisha, a young gun in the prophetic world, eager to get stuff done, asks Elijah for a double portion of his spirit (or power) and Elijah agrees. Later Elijah, who knows the value of solid showmanship is whisked away to heaven by a chariot of fire, leaving Elisha to carry on the legacy. And carry on the legacy he does. 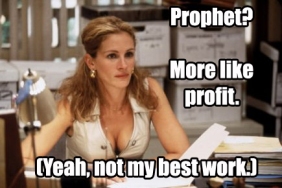 Elisha gets down to business right away by purifying a local spring with a sprinkle of salt and saving the entire town of Jericho in the process. It’s a lot like Erin Brockovich, just with less cleavage, lawsuits and tough biker babysitters babysitting the most adorable children.

Speaking of children, check out what happens next in the story.

“Elisha left Jericho and went up to Bethel. As he was walking along the road, a group of boys from the town began mocking and making fun of him. ‘Go away, baldy!’ they chanted. ‘Go away baldy!’ Elisha turned around and looked at them, and he cursed them in the name of the LORD. Then two bears came out of the woods and mauled forty-two of them.” (2 Kings 2:23-24)

Did that just happen? Give me a second to go back and re-read that.

ir kids than Call of Duty? I’m not so sure. (To be sure, I should probably go play for a couple of hours. You know. For research.)

What I do know is that if there was ever a way to gain street cred as a for real and total bad ass, well, I think Elisha just found the most effective way to lock that title down. He’s like the Blues Brothers. He’s on a mission from God, and nothing’s going to stand in his way.