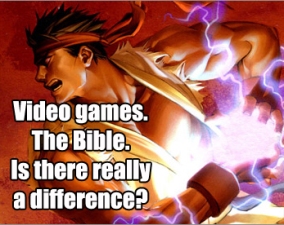 Like most living legends towards the end of their careers, Elijah takes things easy. He enjoys good conversation with friends. He spends his time taking long, relaxed walks. He parts rivers with the touch of his cloak. You know, the normal stuff retired guys do.

On his final long walk, Elijah asks his servant Elisha what he wants from his master before he is “taken away” for good. (How does he know he’s going to be taken away? He wouldn’t be one of the most powerful prophets ever if he didn’t know now would he?)

So Elisha, a young gun in the prophetic world, eager to get stuff done, asks Elijah for a double portion of his spirit (or power) and Elijah agrees. Later Elijah, who knows the value of solid showmanship is whisked away to heaven by a chariot of fire, leaving Elisha to carry on the legacy. And carry on the legacy he does.

Elisha gets down to business right away by purifying a local spring with a sprinkle of salt and saving the entire town of Jericho in the process. It’s a lot like Erin Brockovich, just with less cleavage, lawsuits and tough biker babysitters babysitting the most adorable children.

Speaking of children, check out what happens next in the story.

“Elisha left Jericho and went up to Bethel. As he was walking along the road, a group of boys from the town began mocking and making fun of him. ‘Go away, baldy!’ they chanted. ‘Go away baldy!’ Elisha turned around and looked at them, and he cursed them in the name of the LORD. Then two bears came out of the woods and mauled forty-two of them.” (2 Kings 2:23-24)

Did that just happen? Give me a second to go back and re-read that.

ir kids than Call of Duty? I’m not so sure. (To be sure, I should probably go play for a couple of hours. You know. For research.)

What I do know is that if there was ever a way to gain street cred as a for real and total bad ass, well, I think Elisha just found the most effective way to lock that title down. He’s like the Blues Brothers. He’s on a mission from God, and nothing’s going to stand in his way.